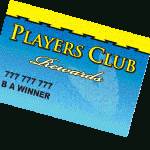 If you play in casinos, chances are you’ve accumulated a stack of player rewards card, used to rate your play and award comps. I’ve accumulated a drawer full, from casinos from Tunica to Windsor, Ontario, and from Atlantic City to Las Vegas.

I’ve always thought collecting the cards was fun, and it seems others agree. The cards have become hot collectibles, with a 1980s card from the Dunes in Las Vegas once having brought more than $400 on e-Bay. Most are common enough that they have little monetary value, but collectors still find thrill in the hunt.

At one casino where I was a regular for a long time, I have enough cards to make a display that traces the evolution of their rewards program and my participation. There’s my first green on blue card, then another of the same kind with a notch for a tag that was a line pass, letting me move up front for admission to shows and the buffet. There’s a pink on black card with a new logo, and a matching pink on gold card from when my status was upgraded. There’s a black card with gold trim with another new design.

Sometimes, I’ve had to rescue old cards from casino employees who wanted to discard them. When one club attendant issued me a new card, I asked for the old one back.  “REALLY?” she said “You collect these? We give out millions of them.”

There’s not all that much gold in those Gold Cards — most will only bring a dollar or so from collectors. But they make fun collections and displays, and a rare few are jackpots in themselves.